Super Evil Megacorp is the team behind Vainglory, an immersive, mobile-first, multiplayer online battle arena (MOBA). The company shares why community is at the heart of the Vainglory experience, and how it stays connected to its players to ensure the game continues to evolve in the right direction.

From the outset, Super Evil Megacorp wanted to build an authentic relationship with Vainglory players to create an experience in which players felt invested. When the game first launched, the company made it clear that it wanted to collaborate with the community and was actively listening and responding to feedback.

“The first thing you saw when you opened up the game was a letter from Captain Neato, our Chief Creative, saying, ‘Hey, we’re just getting started. Please join us on the forums to discuss and tell us how we can do things better,’” says Kristian Segerstrale, CEO and Executive Director at Super Evil Megacorp.

In building Vainglory’s community, Super Evil Megacorp wanted to promote values of inclusivity and positivity to create an environment where players would want to spend their time.

“There was a sense that MOBAs were synonymous with cynicism, with toxicity, with negativity,” says Evan Denbaum, Senior Director of Content Strategy and E-sports at Super Evil Megacorp. “And we really wanted to see if it was possible to build a community with the foundational elements of supporting one another, of positivity. We tried to exhibit those values from the outset. And the players were so hungry for it. They just picked it up right away.”

Demonstrating a desire to listen to the community remains critical to Vainglory’s success. “If the community doesn’t feel like we are responding to their needs and evolving the game in the direction that the community needs it to be evolved into, frankly we would not succeed,” Segerstrale says.

Super Evil Megacorp has various means of collecting feedback, ranging from small beta groups of Vainglory’s most dedicated players — who get to experience new versions of the game before the general public — to Vainglory’s forums, customer support, and social media channels.

The company has 21 regional community managers advocating for players around the world to ensure the game resonates globally, and the game and its newsfeed are localized into 15 languages. “We want to make sure that what’s important is really getting delivered to the players in the way that’s most comfortable for them so that they can be excited, feel connected, and share what’s cool about the game,” Denbaum says.

He adds that it’s not uncommon for Vainglory to be humbled by its community in instances where the team makes a decision about the game that it thinks will be well received only to learn that players think otherwise.

“When the community isn’t necessarily happy with something that we’ve done, the first and most important thing is for us to let the community know that we hear them, that we recognize that they think that something isn’t right and that we’re investigating it,” Denbaum says. “By hearing firsthand from the players, you can understand where they’re coming from and then decide if you need to make an adjustment or release a hot patch to the game — or if you feel like you’re going in the right direction, but you haven’t done a good enough job of explaining to them why it’s the right thing to do.”

By developing such an authentic relationship with the community, Super Evil Megacorp is able to cultivate advocates in its players.

“You would be amazed at the impact this can have. Most games out there don’t have a relationship with the players — where you’re in a continuous dialogue with them, playing with them, and talking to them where they are,” Denbaum says. “It forges a bond where the community starts to feel co-ownership over the game. They want it to succeed and they want to share it with other people because it’s different, because it’s special, because it’s something that they build an affinity for and start to self-identify with.” 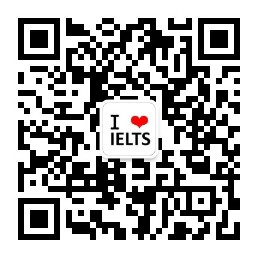